Will Apple Stop Spying And Give Users More Control?

We all hear the rumors, the buzz, and constant speculation any time there is a hotly-anticipated iOS release hyped at an Apple keynote. We read the online gossip about the features announced and compare past keynotes. 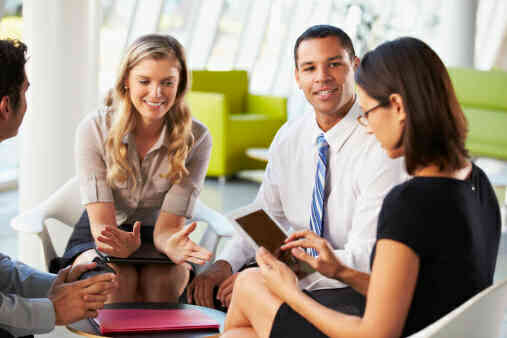 If you’re reading this, you’ve been there. We have, too. More importantly, we ask the same questions. Will my current iPhone or iPad be supported? Will there be settings to make my iPhone or iPad operate more efficiently, and improve battery life? That’s the ultimate goal for every Apple product user. That, and the glittering unicorn emoji, naturally.

The release of iOS 11.3 is the third follow-up to the overhaul that was iOS 11 from 2017, and – if Apple is being honest – it’s entirely due to the scandal for which news broke just before Christmas.

Owners of older iPhones are going to love Apple iOS 11.3 because it’s the promised “fix” to the controversial iPhone-slowing process that Apple covertly implanted in our beloved iDevices, intended to slow down the operations of dated models to prevent “sudden shutdown” of the iPhone. (Pssst…Apple…we didn’t believe you!)

Unless you’ve been comatose for the last six months, you’ve heard of Apple’s scandal in admitting it slowed down older phones. There were vague excuses, but it felt like a confirmation to many who joked that it seemed like Apple implanted alarm clocks of sorts that made iDevices slow to a crawl around the 20-month mark, fueling the desire to upgrade the device to the latest version – a well-controlled supply and demand market. Cue Apple’s admission and iDevice owners worldwide felt vindicated, completely ignoring that gnawing feeling of how many devices we feel we’d been tricked into purchasing since the release of the very first iPhone over a decade ago. It wasn’t until after Apple’s offer of battery replacements – at a “discount” – and this release to put control back in the hands of the user that we began to realize that we feel a bit violated.

Looking more closely, Apple offers several features in iOS 11.3, so let’s take a closer look at the highlights of what we get with our digital apology.

After installation of iOS 11.3, users are greeted with a welcome message going into more detail about its new Data & Privacy feature that states, “Apple believes privacy is a fundamental human right.” The good news is that Apple is now trying to be very transparent with regard to what data it collects from users. To be fair, iPhone owners are Apple customers, and with this relationship, a degree of consumer information is expected in a transaction. Is Apple not held responsible for maintaining the security on our iPhones? We, therefore, assume they require tidbits of consumer information but also have ironclad security with which to protect us – fair trade on the smallest scale. Apple now tells users what data it collects and why just inside Apple apps with a small icon that looks like two shaking hands. The irony is that much of this information has been included in the privacy policy offered by Apple for iTunes transactions (over 1,000 words, roughly).

Compatible iDevices – iPhone 5S or newer, iPad mini 2 or later, 6th generation iPod Touch or newer, and the 2018 iPad – will (or will have already) receive automatic prompts to install iOS 11.3, but it can also be manually installed via Settings, General, Software Update. The focus with 11.3 is the iPhone, but iOS doesn’t only run on phones, so the new operating system comes with the goal of overall efficiency and privacy.

We love our iPhones (and iPads, too), and we keep endless information on these tiny pocket computers that run our daily lives. From phone calls to text messages, from email to apps, from appointments to reminders, our iPhones hold the key to our productivity and our connectivity, and we want control over how they function. Apple finally recognizes and concedes (some) control to users with iOS 11.3, and we expect even bigger things to come from this.

Apple, this is the beginning of an even better, stronger relationship!